Most of those affected are teachers in public schools. According to AON Minet approximately four hundred teachers visited health facilities in the past one month and were classified to be suffering from depression.

Counties of Bungoma, Nairobi, Bomet and Machakos recorded the highest number of teachers suffering from the mental health.

Bungoma county had twenty eight cases followed by Nairobi at twenty four then Bungoma with twenty three and lastly Machakos with twenty cases. Other areas that reported cases include Usin Gishu, Pokot, Mandera and Marsabit each recording one case.

Majority of the patients were male with fifty four percent while twenty nine percent were female and seventy percent were under the unknown category. The report shows that the main cause of the depression was stress and anxiety.

Since the coronavirus pandemic schools were closed but public school teachers have been receiving salaries from their employer TSC. Private and BOM teachers are the most affected because they have been rendered jobless since schools were shut down. Two weeks ago two teachers were reported to have committed suicide after they were unable to pay for basic needs like rent and food. 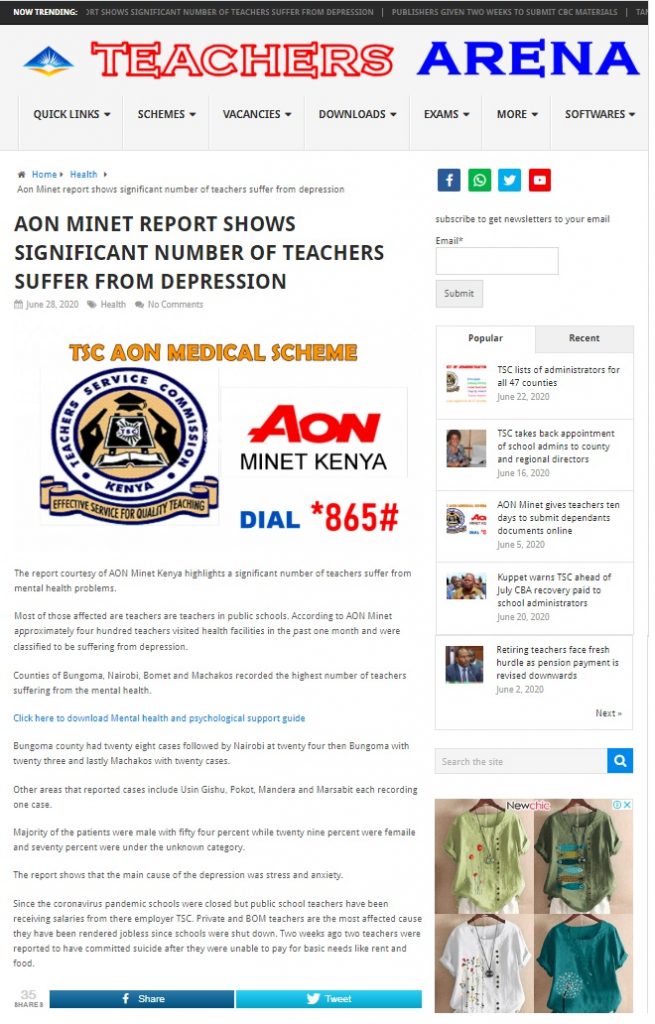